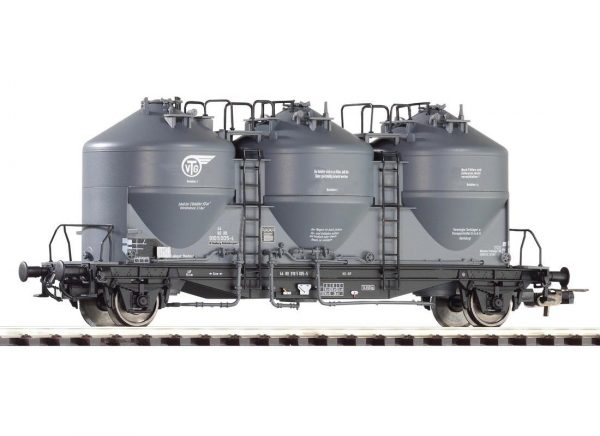 The wagons have different running numbers than the vehicles of the the set 845511. They carry glowing slabs.

Prototype: Krupp owned roll mills in Bochum and blast furnaces in Duisburg-Rheinhausen. The slabs from Rheinhausen were transported glowing, so it was possible to directly roll them in Bochum. For this purpose, existing heavy goods vehicles were equipped with a thermal hood. This saved time and energy for the workers in Bochum since it was no longer necessary to re-heat the slabs. The trains usually consisted of 2-6 wagons and very often had an additional torpedo ladle. The cars did not run in standard goods trains and frequently were hauled by steam locomotives of the series BR 044.

@Copyright 2019 The Scuderia 46. All Rights Reserved